This 18 hole public course began as Sebastian Hills and opened in 2000. The course featured several large ponds, natural streams, rolling terrain and concrete cart paths throughout the entire course. It operated until its final season in 2017 and closed. It was listed for sale in 2018. During the listing period, it remained closed and was completely unmaintained in that timeframe with the exception of holes 13-15 which the neighbors of Curtis Lane kept up in hopes of an eventual reopening.

In late August of 2021 the course was purchased with full intention of reopening. Work began immediately to restore the course. The course was also rebranded as Jasper Hills Golf Club as a nod to the community of New Jasper Township and the main road that cuts through the course.

The clubhouse was mostly stripped bare to make much needed improvements. The only exception was the room that will house the pro shop as it was still in great shape. The addition of a full service restaurant and bar are being incorporated as well along with more outdoor space to enjoy the beautiful property and sunsets.

The course layout remains the same with a number of improvements to play.

We hope you come out for a round and that Jasper Hills Golf Club becomes one of your favorite courses to play! 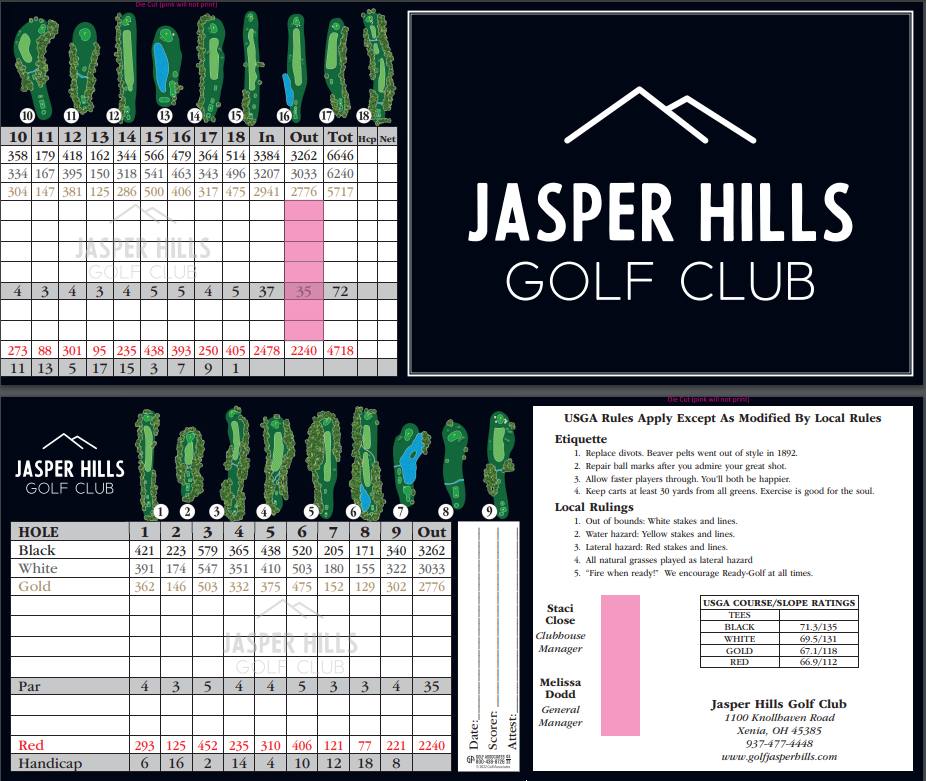